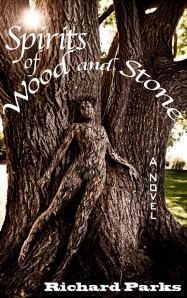 Idle musings while waiting for the storm bands of Isaac to swirl by overhead, and triggered by a question on another board. A writer (a new one, I hope) was fretting about his work having aspects of more than one genre, and how did he tell which category it fell into? Oh, the confusion! What was he to do?

My short, seemingly flippant but honest answer was “That’s not your problem. If a horror mag publishes it, it’s horror. If a fantasy mag, it’s fantasy.” Yes, I know that genre has taxonomic uses but as it is currently implemented, and as a strictly practical matter, genre is primarily a collection of marketing categories. When I was writing “Moon Viewing at Shijo Bridge” I knew very well that it had as much claim to being a mystery story as a fantasy. Didn’t care. I was reasonably sure that Shawna would buy it, and she did. But if she hadn’t, I might very well have sold it to a mystery magazine. Would that have changed the story in any way? The audience, perhaps, and perception, but the story? It is what it is, and when the time comes to market, then it’s “place your bets” time. Not before.

For another example—way back when Marion Zimmer Bradley’s Fantasy Magazine was being published, I submitted what I considered very appropriate fantasy stories to that magazine on a regular basis, and on an equally regular basis Marion Zimmer Bradley rejected each and every one of them. Now, I know very well that any given writer is not always going to connect with any given editor and I’ve talked about that before, but it was the reason she gave for rejecting those stories that caused me such bewilderment.

She said they were all horror.

This was something of a surprise to me, but for a reality check, no other editor ever thought so, at least for stories I hadn’t pegged as horror myself. And, even though I sold enough stories of the sort to qualify for membership in the Horror Writers Association, nobody ever labeled me a horror writer…except for MZB, and MZBFM didn’t accept horror. And there we were–the editor thought my fantasy stories were really horror stories (not to be confused with horrible stories, which is another problem altogether). I thought they were not horror, and frankly never understood how she was reading them that way, but the point remains that it was of course the editor’s opinion that decided the fate of those stories. (And, for the record, I never did manage to break into MZBFM.) In short, how your stories are classified is, for the most part, completely out of your hands. It’s a somewhat different story for novels, where your career plan and your publisher’s requirements both may dictate that you stick with work that can at least be reasonably classified in the same general area, which is one reason writers usually change bylines if they’re writing both, say, urban fantasy and space opera. For short stories, not so much.

So as a general rule, wasting time worrying about what category your work falls in is, well, a waste of time.