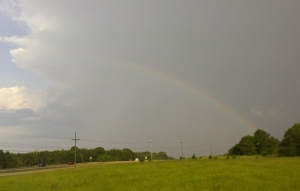 I still don’t like being political. Probably all my years of white privilege talking, and no, that’s not sarcasm. It’s simply the truth. I recognize all the things I didn’t have to worry about growing up and living most of my life where and when I did. Like getting lynched for no reason at all, or being murdered in broad daylight for the crime of registering my neighbors to vote. The system as designed protected me and people who looked like me. Everyone else, not so much. When someone says “I don’t care about politics” what they’re really saying is, “I can afford to ignore what’s going on. I’m all right.”

Not that many of us are all right these days. And the ones who think they are? Mostly wrong. Or as the late great George Carlin was known to say, “It’s a club. And you and I are not in the club.”

One reason? Healthcare. This is a big one for me. I was forced to take early retirement, and so my employer subsidized health insurance went away. Not too long after, I had an “incident” which required two surgeries and hospitalizations. White privilege didn’t save me. Know what did? Obamacare, otherwise known as the Affordable Care Act. Without it, I’d likely be dead now. So you can imagine that I take it somewhat personally when one political party keeps trying to kill me and a lot of other people by taking away our health insurance.

Yes, I know. No scion of privilege cares until it happens to them. In my own defense, I will say that’s not true in my case. I’ve been caring for a while now. More than I’ve ever seen in my life, we have a congress that puts party over country.

And steals children to punish people for seeking a better life.

And runs up the deficit to reward the rich for being rich.

And enables a corrupt, divisive, and incompetent president.

And does all this evil in our names.

I’m voting tomorrow, but unlike some, I’m not encouraging everyone to vote. Just those who understand what’s happening, and don’t like it any more than I do. For the rest of you, who think things are going great? Stay home.

After all, you’re all right.