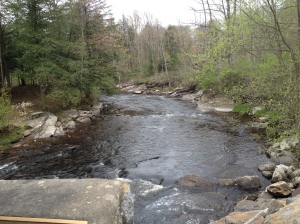 For all of my voting life, I’ve been a registered Independent, because I’ve always had problems with both parties (and don’t even mention the Greens; that’s another can of worms entirely). While I’ve usually leaned toward the Democrats, I’ve voted for Republicans a few times in my life. The old, idealistic, “best person for the job” approach.

That doesn’t work anymore, if indeed it ever did. While trying to get coherent policy out of the Democrats is worse than herding cats, the Republicans had other problems—the few at the top made decisions, and everyone else fell in line. So it didn’t really matter who the “best person for the job” was. With a few very rare and sporadic exceptions, they vote and support what they’re told. Then in the wake of the Voting Rights Act, the GOP learned that it was easy to stir up support by dog-whistle and relatively subtle racism and religious bigotry. These days it isn’t even subtle any more. Rep. Steve King asks “When did white nationalism become offensive?” and mostly what you hear on the GOP side are platitudes and crickets. If there are any actual consequences I’ll be amazed.

And then there’s the “President.” If I have to say more than that, you’re not paying attention.

Regardless, last week I changed my voter registration to Democrat. At least that way I can vote in the primaries. We need not just more Democrats, but better ones. I think they’re out there; Alexandria Ocasio-Cortez shows there are at least some. I’m hoping for more like her, with actual fresh ideas and the passion to get something done. Maybe it’s impossible, but the thing about impossible is that history is full of “impossibles” which suddenly weren’t.

A guy can dream.

I recognize that by taking sides I may lose some readers. Actions have consequences, and I get that. Sorry to see you go. Not at all sorry for why. For those who are left, next week I promise to get back to writing matters. I may even talk about the current project.