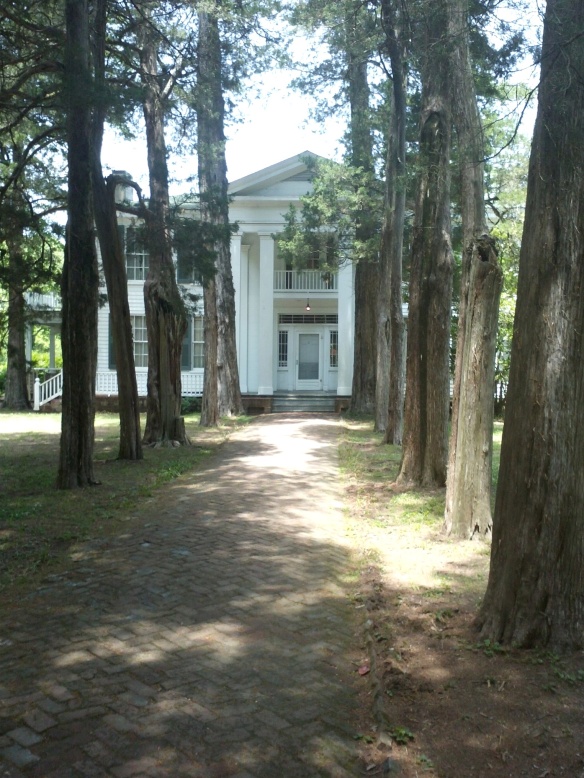 A week ago Wednesday was Carol’s and my anniversary, so we decided to take a day trip up to Oxford, MS, primarily to take a couple more things off my bucket list—visit Square Books in downtown Oxford and, what the heck, make a pilgrimage to William Faulkner’s beloved home, Rowan Oak. Two more things off our list of things to do before/if we leave the state.

Square Books is one of those places that people tend to moan the disappearance of, except so far I can tell, local independent bookstores are doing just fine. The ones I know have been around for decades and show every sign of being around for decades more. The only picture of the actual store I have has Carol in it, and I’ve been threatened with bodily harm if I post it, so I won’t. I’ll just say that the place is a bibliophile’s dream, and it left me a bit depressed. I’m still working out why.

After that it was off to Rowan Oak. I do see why he loved the place—the grounds are lovely, the house was at once grand and still homey. I know you’ve all heard the story of the time Faulkner was in Hollywood and finally told his bosses he needed to work from home, he couldn’t concentrate in his studio office. So they said fine, assuming he meant his rented digs in Hollywood, but of course he meant Rowan Oak, and he was on the next train out of there. 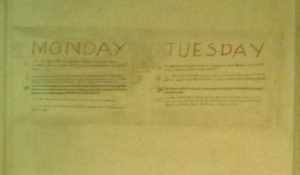 I haven’t taken too many pictures, because all I had was a camera phone with really crappy battery life, the light was poor, and the battery was dying even as I got these few. Most won’t need explanation, but I did get one shot of the walls of Faulkner’s home office. Apparently he had the habit of writing blocks of continuity/daily notes on the walls. The shot was hard to get, but you might be able to see a little bit.

The last shot is just of a really old and mystical osage orange growing in front of (and I feel weird even saying it) the servants’ quarters. In some ways Faulkner’s world seems hundreds of years in the past, but it wasn’t that long ago. What’s the adage? “The past isn’t gone. It isn’t even the past.”

Note: My apologies to anyone who gets this twice. I was having problems with the pictures and had to redo the whole thing to get them to display properly.