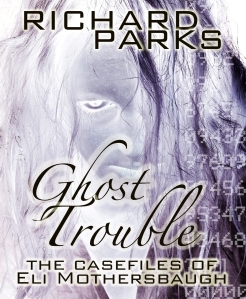 I sold another story recently and I’ll give details when something’s official (as in the contract is signed). One side-effect of the sale, oddly enough, was to get me thinking about rejections.

Specifically, how bloody long they often take. The truism is that it “always takes an editor longer to say yes than to say no,” but I’m here to tell you that’s a load of baloney. It takes a long time to do anything in traditional publishing. Show me a writer who’s never complained about the sloth of editors and I’ll show you someone who either keeps their manuscripts on a hard drive or goes directly to Kindle and Nook. If you’re still going the traditional route, as I usually am for my stories, submissions take time. Weeks at least, months more likely, years possible and not unheard of. And then, and only then, could you send the story off to another market. Yes, there were some markets that would take simultaneous submissions, but not many and, for a very long time in the history of sf/f, none of any consequence.

I’m not a patient person by nature but I cultivated patience early on in the process because there was simply no other way to survive as a working writer; you either learned patience, GTF out, or went stark raving mad. Those were your options, pick one. You send the story off, you wait. That’s not all you do; ideally you work on the next story, and the next, and try not to dwell on where your story is in the pile. I’m not hugely prolific but in general I’m fairly consistent, and on average I could produce two new manuscripts before I heard back from the last one. I considered this a good thing in that I always had new material ready to try. “You can’t escape, editor person! Reject this one and I’ll just send another.” Of course, someone who bought a story got exactly the same response. I liked being, to my way of thinking, ahead.

But here’s the thing–I’m finding that the older I get, the less patient I’m willing to be, and while I’ve often harped on the necessity of persistence, I’ve finally started to realize that patience and persistence are not quite the same thing. I’ve become all too aware that I do not have all the time in the world. When I was in my twenties and thirties, I felt as if I did. Now I know I don’t. I start measuring an otherwise very desirable market that I know takes several months to respond against a mental actuarial table and see that fragment of my perceived (because who knows?) remaining time starting to grow, and the potential return versus that percentage starting to shrink. The temptation, which is sometimes hard to resist, is in knowing that I can take that same story and in less than 24 hours I can have it uploaded to Amazon and B&N and move on to something else. The return may not be as great (usually isn’t, at least in the short term), but I can put a check in the [x]DONE box and move on. For someone who does not and never expects to make a living from writing alone, there’s value in that above and beyond royalties.

I still prefer the traditional route. I’d rather see a story in, say, Postscripts or Weird Tales, or a proper online magazine like BCS or LightSpeed rather than doing it myself. But the fact remains that I can do it myself. Quickly. Easily. And have at least as great a potential audience as any other venue (we can play pinata with that potential proviso all day long, but the point stands). I may be Old School, but sometimes even Old School adds new subjects.

Because, when Old School finally lets out, it ain’t for summer.