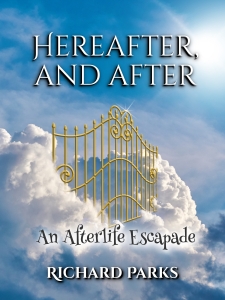 Not inaccurate but incomplete. I’m thinking more of an addition rather than a change (although I’m likewise considering some tweaks to the website. Lord knows it could use a refresh).

Ahem. Excuse the tangent. The point I’m getting to is I’m seriously considering starting an email newsletter. And by “seriously considering” I mean yeah, it’s very likely going to happen. Not today, but not the distant future either. Such things require planning to do right which requires time which you’d think I’d have tons of, being largely confined to the house except for necessary errands, and you’d think wrong. There’s always something else I need to be doing aside from what I want to be doing. So it goes…

Sorry. Tangenting again. So here’s the thing: Why a newsletter? What’s wrong with the blog?

Well, lots of things, but that’s not the point, even if the blog isn’t going away. There are advantages to a private email list that a blog doesn’t have, and not just for me. For a start, what if I want to give actual readers a heads-up on a special promotion or giveaway or preliminary book cover, but am not ready to or don’t want to broadcast it to the world? That’s a newsletter’s job.

I’ll give you another example. When I sold “The Fox’s Daughter” to Beneath Ceaseless Skies, I announced it here and over on FB. One of the biggest fans of the Yamada series didn’t see the post, even though we’re FB friends (FB is like that). It took a share from another reader to bring it to their attention. Whereupon they were somewhat put out that they weren’t immediately informed, and can’t say I blame them. When I mentioned a newsletter? They demanded to be signed up first, and when the time comes, so I shall. People are less likely to miss stuff that might interest them that way.

Frequency? Probably once a month or so, at most. And when I say “private” email list, I mean exactly that. I will not sell it and I damn well won’t share it. This is just for you and me, for however many iterations of “you and me” there are. That’s for you all to decide.

There will likely be some bonus for signing up. Haven’t decided what yet. Likely an original work before it’s available anywhere else, that kind of thing. Something else to think about.

So what do you think? Hate newsletters? Love them? What’s a newsletter? Speak now or I’ll likely just do what I want. Very dangerous, that.

I’m pleased to say I’ve just sold a new Yamada story to Beneath Ceaseless Skies, “The Fox’s Daughter.” It mostly concerns what happens when circumstances force Lady Kuzunoha to entrust her daughter Kimiko to Yamada’s family temporarily. Yamada has quite a bit of experience with kitsune, but less so with the sullen teenager equivalent. Fortunately, Tagako-hime is there to pick up the slack. All that said, Yamada will still have his hands full sorting out one Kimiko-induced crisis after another.

This makes the third new Yamada story following the events of The Emperor in Shadow, after “Uzumaki of the Lake” in BCS #300 and “A Minor Exorcism,” the latter of which should be out from BCS in the next few months. There’s actually a fourth already written, a flash piece I plan to expand and include as an original in the eventual new Yamada collection. After that, who knows. I’ll be sure to post when “The Fox’s Daughter” is scheduled.

It’s easy to tell that the first book in the series, Demon Hunter, is out of print now in pb, considering that the only sources listing it are selling it for $47 and “new” copies for $128. Well, they can list it for whatever they want, I suppose, but I can’t imagine they’re selling very many.

And before anyone asks, yes, I’m still working on the concluding volume of The Laws of Power series. It’s just not the only thing I’m working on.

Is it the End of the World as We Know it? Do we feel fine?

I can’t say I do. This whole year has been a dumpster fire that just will not go out. Most of it preventable, or at least the embers tamped down. Yet the people in charge can’t do anything and the people who could aren’t in charge. Sort of a perfect storm of SNAFU. I don’t feel fine. But I’m enduring, which feels like a win.

When the book’s finished I’ll likely put together some kind of price promotion for the first in the series, The Long Look. In the meantime, here’s a snippet of the The Seventh Law of Power, submitted with absolutely no context nor explanation. You’re welcome.

“I admit you’ve lost servants in a short order before,” Bonetapper said, once he was back in his raven body. “But you outdid yourself this time.”

“She was never my servant,” Marta said. “Not really. I thought I was acting according to the precepts of the Arrow Path, but I never felt the connection, the bond. Now I think it was no more than our interests coincided for a while.”

What can’t be taken, can be given. The Second Law. So perhaps according to the Laws, but not the Path?

Marta hadn’t thought of it in those terms before, but it was clear to her now that the Laws and the Arrow Path were not the same. The latter was simply a map to the first. If anything, her time with Dessera had proven that.

“Whatever else she intended, Dessera did me a favor. I’m beginning to understand something now that I did not before.”

“So am I, or I never would have realized the nature of my curse. You did me a favor, too.”

Dessera stood before them once more, a ghostly shimmer in the firelight.

Marta smiled a wistful smile. “I never expected to see you again.”

The ghost sighed. “Nor I you. Toban apparently had no questions about his next course. I’m embarrassed to admit I have no idea what should come next for me. I don’t feel imprisoned in this place now or indeed any other, yet I do not know what stage of existence or oblivion awaits me.”

“True of most of us,” Bonetapper offered. “Yet we assume, when the time comes, we’ll know.”

“I cannot help you with that,” Marta said. “I honestly wish I could.”

“I know. But would you mind if I traveled with you a while longer? I can be useful, and perhaps it would help me sort the matter out,” the ghost said.

Marta thought about it. It wouldn’t be the first time someone traveled with her as a companion rather than a servant; she rather missed it. And Dessera wasn’t formally asking for her help as would fall under the Arrow Path strictures, after all. She was simply asking a favor, as one person to another.

What can’t be taken, can be given. I believe this too is covered by the Second Law.

“I have no objection,” Marta said. “What about you, Bonetapper?”

The raven looked startled. “What? I actually have a say in this?”

Marta demurred. “Say rather you are free to express your opinion, as you always do. Just as I am free to ignore it.”

“That’s what I thought you meant. Fine. Just try not to get us killed.”

hapter 4 of The Seventh Law of Power is in the can, or would be if it was a movie from thirty years ago. Everything’s digital and the can is a metaphor. Chapter 5 is begun. Only about 11,000 words in and Marta has already discovered the 6th Law of Power.

Frankly, I hadn’t expected this to happen so soon. But as the end of Chapter 4 came into view and I reviewed the seven laws, I realized I’d set  it up perfectly. Which would have been very clever of me if I’d realized this was what I was doing, but of course I didn’t. Neil Gaiman once said something to the effect that the real purpose of a rewrite/edit was to go back and fix the details so it looked like you knew what you were doing all along.There’s a lot of truth in that. Even so, I like it better when I get it right in the first draft.

Even if I didn’t realize this was what I was doing.

Still plenty of time to get things wrong. And I’m certain beyond a reasonable doubt it’s going to take Marta the rest of the book to find the 7th Law. Would be even more of a surprise if this particular event happened sooner. As with the discovery of the 6th Law, Marta and I are always open for surprises. 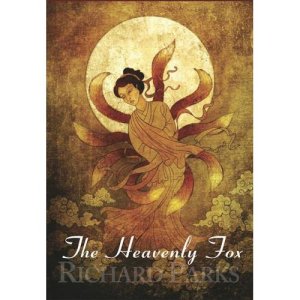 I am a writer, so it should go without saying that I’m a reader. Show me a writer who didn’t start as a reader and I’ll show you someone painting by numbers and connecting the dots.

On the other hand, or foot, or whatever—there’s more than one kind of reader. Most true readers start as the voracious sort, and I certainly did. Once I learned that those black ink spots meant something, there was no stopping me. Storybooks, philosophy, cereal boxes, whatever. Put it in front of me and I’d read it. I wouldn’t always understand it, mind, but at the time this hardly mattered.

That’s fairly common among readers. Later, after that initial insane rush, we start to specialize…or drift, depending on your point of view. We start to recognize that certain forms “speak” to us more. It may be a phase, it may be lifelong. I started with books and later moved to an intense affair with comics when I had a bit more discretionary income and could, you know, acquire things that weren’t already in the family library. I came into that about the time Jack Kirby moved to DC and started the New Gods series. But all good and bad things come to an end, and if you’re lucky, new good things appear (and bad, whether  you’re lucky or not) and by college I was back to books. LOTR and The Earthsea (at the time) Trilogy. Fritz Leiber, Clark Ashton Smith and those echoes of the pulp era. HPL, REH.

And then…well, my true bent manifested. Turns out I am a butterfly. I go to whatever catches my attention. I am not focused. Some readers make it a point to, say, read the Romantics and ignore everything else until they’re done, then move on. I can’t do that. I go back, I go forward. I read collections and novels by current writers. I go back to things I’ve missed. Bear in mind, this is for pleasure. There’s also writerly research, which is another subject entirely. It can be and often is pleasurable, but that’s not the reason you go there. You need to know about something and try to find out what you don’t know. You go where you think that information is.

Just another way of saying I am haphazard in the extreme. For instance, I’ve managed to read ULYSSES, but not FINNEGAN’S WAKE. I’ve read Eddison’s THE WORM OUROBOROS but not Morris’ THE WELL AT WORLD’S END. You get the idea.

So the confession part. I, a fantasist, have never read George Macdonald. At all. This is something I feel a sharp need to address. So I’ve acquired copies of THE GOLDEN KEY and PHANTASTES.

Which, at the very minimum, will tell me what, if anything I’ve missed. Other than, you know, almost everything.