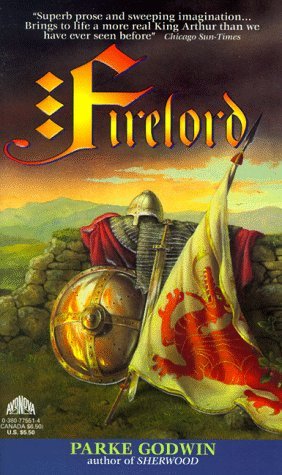 I’ve talked about Parke Godwin as a person before, but now I’m going to concentrate on his legacy a bit. He tried out science fiction  (see The Masters of Solitude written with Marvin Kaye) but he really hit his stride with historical fantasy. I rank his take on the Matter of Britain at the very least in a league with Rosemary Sutcliff’s, and I do not say that lightly. My first exposure to this area of his work was The Last Rainbow, a take on the legend of St. Patrick, a subject I didn’t think I cared a whit about until I read his version. Parke Godwin came from a theatrical background (he was an actor long before he became a writer) and you see it in the care that goes into the creation of every one of his characters. They are never around just to serve the plot, a failing you’ll often run into even in the best of other authors’ work. Each and every one has, for want of a more appropriate term, stage presence. If a tinker shows up on page 234 for one scene only, you can bet he has a backstory, his own reasons for being where he is, and you’re likely to remember him when the book is done. There are no throwaway characters in a Parke Godwin Book.