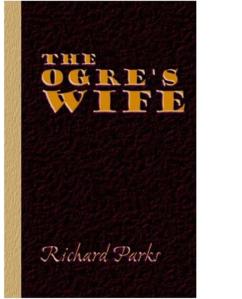 If you follow the link to the Amazon page for The Ogre’s Wife: Fairy Tales for Grownups (TOW) at Amazon, you may note its status reads “Temporarily Out of Stock.” The fact is, other than whatever copies might be floating around with dealers—not many, I’m thinking—and not counting the few copies I still have, that edition is now officially Out of Print. The original publisher of TOW, Obscura Press, had been moribund for some time but finally decided to pull the plug on the operation. I’d been in contact with Gordie and knew this was coming. Frankly, I’d expected it to happen a lot sooner.

TOW was my first collection of stories, a World Fantasy Award finalist in 2003, and I was and am very proud of it. The book came out when PoD (Print on Demand) was just taking off, and PoD was a boon to small publishers who now didn’t need to sacrifice cash flow to print large numbers of books. The PoD outfit would print them instead, and only when orders were in. You’d start with a print run of maybe 250 or so for review copies and initial orders. It was ideal for shoestring operations and a lot of them sprang up and withered just as quickly, since they only lasted as long as the publisher’s enthusiasm and disposable income held out—even with the new technology, most of them weren’t money makers. Obscura did better than many, publishing books by Mike Resnick, among others. When Gordie offered to do my first collection–which so far as I knew would be my only collection–I couldn’t say yes fast enough, and it was a decision I’ve never regretted.

Regardless, it was once said of PoD books that part of their beauty was that they’d never go out of print. Wrong. It still takes a certain outlay to keep a book in the pipeline at a printer like Lightning Source and even though the print edition of TOW still sold a fair number of copies each year, the tipping point for Obscura finally came.

It’s not a bad thing. I already did the ebook edition on my own because I was dealing with a publisher who never claimed any rights that weren’t in the original contract. The ebook (Kindle, Nook, etc.) is still around. Now the print rights have reverted to me as well and I’ll eventually do a new print edition, probably through Createspace or the like. Likely with a new cover to differentiate it, and probably with some of the additional material I included in the ebook. But I’ll pause for a moment to acknowledge the passing after twelve years to Out of Print status of my very first book.