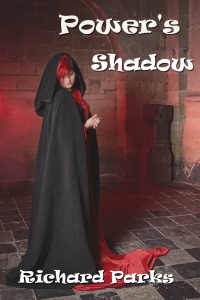 If you write long enough, one thing you eventually learn is that actual writing is only part of the picture. A big part of the rest is keeping up with what you’ve written, and the longer you spend in the trenches, the more of a pain keeping everything organized becomes. There are different approaches. The system I use is adapted from one L. Sprague de Camp wrote about using, and if anyone reading this has forgotten or never knew who he was, Google is your friend. Regardless, with some updating it works well enough for me. I keep five separate text files: a Works List, a Submissions List, a Sold List, a Bibliography and a Trunk List.

These are all pretty self-explanatory but I’m going to explain them anyway, if for no other reason than to remind myself how it all is supposed to work, because sometimes I am lax. Ahem.

Works: When a story is finished, it is given an “opus” number. Back in the old days when I kept paper copies of everything, this number was how it was filed, not by title. I still keep the numbering system, since it helps me keep up with when a story was completed and what else I was writing at the time. Sometimes this is illuminating. If nothing else, I can tell at a glance that I’ve written well over two hundred stories and novels.

Submissions List: Each story gets its own section, sorted by Opus Number. I track where it has been and where it currently is on submission. Keeps me from accidentally sending the same market the same story twice. Once it has sold it goes into:

Sold List: Here I just cut and paste from the Submissions List into the Sold List, so I keep a copy of the story’s submission history. I will usually add a few details, such as rights licensed and any other terms I might want to reference quickly. If the story is reprinted, here is where I will note this. Only actual contracts get a paper file.

Bibliography: This is just a list of what has been published and where and when. Sold stories are noted at the bottom of the file and then cut and pasted into the proper order once they’re published.

Trunk List: Named from the days when writers would dump paper copies (there were no other kind) of unsold manuscripts into a figurative or literal trunk. When I’ve decided a piece just isn’t going to sell, I cut and paste it from the Submissions List into the Trunk List. Now and then I’ll go through it and either curse the short-sightedness of the market or thank my lucky stars that no one ever saw that turkey. Stories have been rehabilitated out of the Trunk List, but it’s rare.

More than you wanted to know? I would think so. But for those who have stuck through it, I did want to mention that keeping organized has benefits. For instance, with all that has been going on with me, I got a little behind on my record keeping. I was going through and updating a bit when I realized I hadn’t published an original short story in over two years. There was a time when that was almost all I did, writing wise. Suddenly it wasn’t.

There were reasons. The main one was suddenly I had novels to write, not even counting the ones, like Power’s Shadow, that were strictly personal projects from the beginning. I not only wanted to write the Yamada novels, I had contracts saying I darn well better. They took all my time and energy, so aside from them nothing else got done other than these weekly blog posts.

Then I got reminded that I owed an editor a story. So I wrote it, no sturm and drang, just butt in chair, keyboard under fingers. It felt good. Now I have another story to write. No one’s waiting for it, except me. That feels good, too. I hope to get at least a few done before it’s time for the next novel.

Which, I can assure you, will not be long.

2 thoughts on “In Which I am (Dis) Organized”