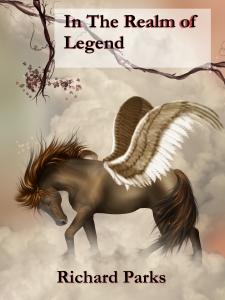 In the Realm of Legend

Stories, that is. You have this flash of an image, or a snip of dialogue, or whatever seed corn works for you that gets a story started, and you’re off. The words flow, one scene follows another and…

Nothing. You got nothing.

This isn’t writer’s block, or something of that sort. Nope. The story just died on you. Whatever you thought was there, that spark you were following through the scene like the will-o-wisp it was, vanishes. It’s not even that you can’t write the story. So far as you can tell there’s no story to write. We hate when that happens. It’s a bad thing. But it’s a long way from the worst.

You’re kidding, right? You just lost a promising story. You wasted…what? Two days? More? Of precious writing time that you’re never going to get back. What could be worse than that?

This. The story is, so far as you’re concerned, dead, m’kay? Time to sigh, close the file, go on to the next thing. Score it unfortunate, but not a tragedy, on the alas-o-meter, and move on. Only you can’t. Why? Because the story won’t let you. It rises from its alleged grave and follows you around like a little zombie puppy. It wonders why you aren’t tossing the ball as it tries to eat your brain. In other words, it won’t let go. It haunts you and you let it, because there is something in your brain—assuming it’s not eaten yet—that wants closure. Completion. You just don’t leave a story half-finished. The notion has passed and the trail gone cold and there’s no pulse. It’s dead, Jim. Only it doesn’t seem to know it. Maybe there’s something there you missed. You don’t think so, but then self-doubt is the real monkey on our backs, innit? What did you miss? Where did you veer off course? You look. You still don’t see it.

Of course not, because you were right the first time. Because it’s not there.

The story won’t go away because it’s not done. You know that. An unfinished story is a vacuum, and we know how nature feels about that. The story needs to be written. And you’re not capable of writing it, or even recognizing that a story is still there. It’s a stand-off. You can’t move on and you can’t finish it either. So what do you do?

Take a long walk. Watch a movie. Play a song. Whatever helps clear your mind, you do it. Then you change your perspective. The story isn’t dead. It’s “in progress.” You call up whatever multi-tasking skills you possess to change your outlook, and then you move on. Start another project, even if you have to force yourself. Your duty to the old story remains, but now it’s simply in abeyance, not denied. “I need to do this now, but I haven’t forgotten you. I’ll be back.” It could even be the truth.  Or no more than a white lie you tell yourself to let you move on. I’ve had stories I’ve come back to and finished after months, even years. Others I’ve simply forgotten about, and rightly so. They were never anything but false starts and scribbles that eventually let me go. Sometimes it simply takes time and distance to know the difference.  It’s not even sad, really. It’s part of the process.  Just so long as you remember that the process always serves the story, but the story does not control the process. You do.