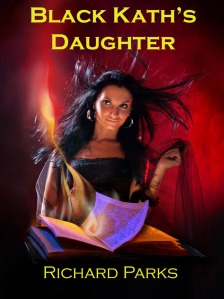 Today’s Story Time is from Dragon Magazine #209, September 1994, back when Barbara Young was fiction editor and before TSR was bought out by (ugh) Wizards of the Coast. The story itself was the first in the “Laws of Power” universe that eventually led to the novel series.

Treedle was first. The character, like Golden Bell from “Golden Bell, Seven, and the Marquis of Zeng,” was from a dream. He and Black Kath appeared, along with elements that eventually came together into the very first scene. It was all about Treedle in the beginning, but it was only when Marta showed up that the story came together and I knew it was a series. Treedle’s part was done once the first few stories became part of Black Kath’s Daughter, which, oddly enough is the second book in the series, not the first, because later I figured out that The Long Look was really the first book in the series, and Tymon the Black was in the same universe (yeah, I know. Sometimes I’m a little slow that way). “What Power Holds” remains the actual first story written in that universe.

Confused? Me too. I just go with it, and things usually work out. My subconscious is way smarter than I am.

Standard Note: “What Power Holds” will stay up until next Wednesday, April 4th. And then, not.