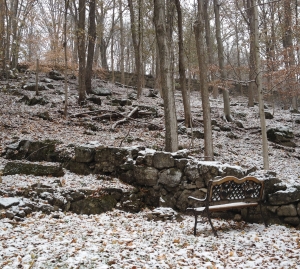 Saturday it was sixty degrees. Monday there’s snow on the ground. Sounds like an April Fools’ joke where some wiseacre hired a snow machine to trick his neighbor, but no. Just winter being a dick. “You thought I was gone? I’ll show you!” Probably not the last we’ll see of the old boy before May.

I have editorial revisions to do. Been a while since that’s happened. The regular sort of working revisions? Sure, plenty. These are at the direction of someone else. I don’t mind revisions, mostly. Usually it just gives me one more chance to make the story better before any other reader sees it. That’s if you are working with a good editor. This is a good editor. I’ve worked with some that, well, not so much. I take comfort, however, in knowing a bad editor generally isn’t around long, so there’s a limit to how much damage they can do. That doesn’t help much when you’re struggling to make sense of suggestions straight from the Twilight Zone.

As I said. I don’t mind revisions. For proof, I only meant to glance at what I was doing on the story revisions and ended up working through the entire manuscript. Which is why this blog post is going up in the late afternoon rather than early afternoon. Not that I’m done with the manuscript, of course. I’ll look it over again and see what I could do better.

Pretty much my only rule for revision is: make it better or make it stop. It’s a word we sometimes forget. You can always say no. It’s your story. Worse case, you look for a market that appreciates it for what it is, not for what someone else thinks it should be. But usually a good editor won’t do that. They’ll see what you were trying to do, and help you do it better. That’s gold. And rarer.

1 thought on “Didn’t We Just Leave This Party?”