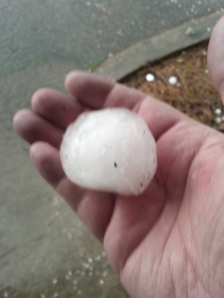 Writing short stories—good ones—is a skill and an art and a craft. Writing a novel is all those things too, plus a marathon. Just as the novel is paced differently, so is the mindset of the person writing the thing. At least that’s what I’m contemplating at the moment, so far as how it pertains to blogging. There are a lot of—in my humble opinion—interesting things happening, but 1) they’re internal 2) they make almost no sense out of context and 3) I can’t talk about them anyway. The reason I can’ talk about them is illustrated by the advice a famous pulp author once allegedly gave to Ray Bradbury when Bradbury was letting his youthful enthusiasm get the better of him and he’d talk out his stories before he even wrote them. That advice being: “Ray, shut up.”

A bit dutch-uncle blunt, but very good advice for a writer. If you want to talk about a story or novel, talk about it on the page by writing the darn thing. Because we are storytellers, and telling the story aloud really does take the edge off your desire to get the thing written down. And unless you are a professional verbal storyteller who gets paid for keeping a crowd entertained, the story doesn’t exist until you write it down for your own crowd, who are, if you’re lucky, your readers. Which means a healthy dose of STFU is indicated.

Problem is, though this is good advice for someone trying to get a novel finished before year’s end, STFU is the exact opposite of what one has to do to keep up a regular blog. So I will talk about something I can talk about, referencing that humoungous hailstone seen above. Those who follow this blog may remember the massive hailstorm we suffered back in March. Well, with one thing and another I just got around to filing a claim for the damage to my truck, and Sunday the claims adjustor got a look at it.

That frickin’ hailstorm totaled my truck. That is, it was an old truck, and now the cost to repair it exceeds the value of the vehicle=totaled. I’m going to miss that truck. I called it T-Chan, and old fans of Ranma ½ may get the reference. It hauled a lot of loads over the years: paving stones, lumber for Carol’s meditation pyramid, the flooring of at least half the house, our new couch. But then I thought, if I don’t have a truck, I won’t have to haul all this $&^t any more. So we went out last night and bought a hybrid.

Was that interesting? I’m guessing no. But remember, the good stuff I can’t talk about. Yet.

2 thoughts on ““Having Nothing to Say, He Says it at Length””