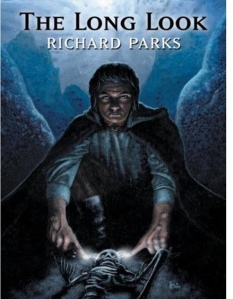 I’m about halfway through the reformatting of The Long Look for the paperback edition. Fortunately, it reads a lot faster than it takes to work through it in editor mode. One reason for that is I’m being careful, as I only plan to do this once. My original assessment that there would only be minor changes to the text still holds. That doesn’t mean there won’t be any changes at all. A few spelling corrections, one or two small continuity gaffes to fix. Nothing major, but I plan to update the Kindle edition with the revised text when I’m done, so there will be essentially no difference between the ebook and paperback, other than the media.

As I said last time, I’ve always sucked at promotion. Maybe I had some introvert’s dream of just writing good stories and books and letting the rest take care of itself. Which it doesn’t. So I’m learning. I remain terrible at networking and the convention scene, which leaves learning copywriting and using those methods to write better online book descriptions and ad copy, something I believe I can do and am doing. Which has led to several online revisions over the last week or so revising how the books are presented. I haven’t gotten to them all yet, and some will be revised more than once. It’ll take time.

Odd result so far—now the UK editions of my indie books are outselling the US editions by 2 to 1. Too soon to say if the blip is statistically significant, but it is interesting. It’s a journey. I’ll report on it from time to time here, so fair warning.