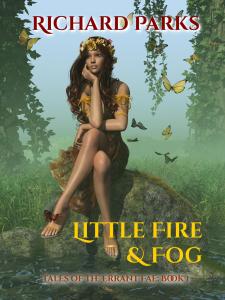 Finished Chapter 3 of The Seventh Law of Power and am well into Chapter 4. Marta has to destroy a cursed immortal monster with the help of a snarky raven and a dead girl. It’s almost—but not quite—like doing it alone. Except at this point she has five of the seven laws, which means she’s never alone, or at least a long way from helpless.

Wrote another Yamada story last week. A flash piece that I’m probably not going to expand, since I rather like it the way it is. Likely I’ll fit it into the collection when I’m ready to do that. Aside from that there are two more full length Yamada stories in the pipeline. Assuming they’re both published as I intend, it’ll be a year before both will be free to republish, so the Yamada collection is at least a year off. I’m planning ahead.

Pretty good considering I had to go into the hospital on Friday for a minor procedure…which took two days of prep. Let’s just say everything’s fine and I’m glad I did it but I’m also very glad it’s over.

3 thoughts on “Update and Upward”