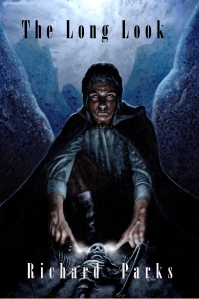 Is it the End of the World as We Know it? Do we feel fine?

I can’t say I do. This whole year has been a dumpster fire that just will not go out. Most of it preventable, or at least the embers tamped down. Yet the people in charge can’t do anything and the people who could aren’t in charge. Sort of a perfect storm of SNAFU. I don’t feel fine. But I’m enduring, which feels like a win.

When the book’s finished I’ll likely put together some kind of price promotion for the first in the series, The Long Look. In the meantime, here’s a snippet of the The Seventh Law of Power, submitted with absolutely no context nor explanation. You’re welcome.

“I admit you’ve lost servants in a short order before,” Bonetapper said, once he was back in his raven body. “But you outdid yourself this time.”

“She was never my servant,” Marta said. “Not really. I thought I was acting according to the precepts of the Arrow Path, but I never felt the connection, the bond. Now I think it was no more than our interests coincided for a while.”

What can’t be taken, can be given. The Second Law. So perhaps according to the Laws, but not the Path?

Marta hadn’t thought of it in those terms before, but it was clear to her now that the Laws and the Arrow Path were not the same. The latter was simply a map to the first. If anything, her time with Dessera had proven that.

“Whatever else she intended, Dessera did me a favor. I’m beginning to understand something now that I did not before.”

“So am I, or I never would have realized the nature of my curse. You did me a favor, too.”

Dessera stood before them once more, a ghostly shimmer in the firelight.

Marta smiled a wistful smile. “I never expected to see you again.”

The ghost sighed. “Nor I you. Toban apparently had no questions about his next course. I’m embarrassed to admit I have no idea what should come next for me. I don’t feel imprisoned in this place now or indeed any other, yet I do not know what stage of existence or oblivion awaits me.”

“True of most of us,” Bonetapper offered. “Yet we assume, when the time comes, we’ll know.”

“I cannot help you with that,” Marta said. “I honestly wish I could.”

“I know. But would you mind if I traveled with you a while longer? I can be useful, and perhaps it would help me sort the matter out,” the ghost said.

Marta thought about it. It wouldn’t be the first time someone traveled with her as a companion rather than a servant; she rather missed it. And Dessera wasn’t formally asking for her help as would fall under the Arrow Path strictures, after all. She was simply asking a favor, as one person to another.

What can’t be taken, can be given. I believe this too is covered by the Second Law.

“I have no objection,” Marta said. “What about you, Bonetapper?”

The raven looked startled. “What? I actually have a say in this?”

Marta demurred. “Say rather you are free to express your opinion, as you always do. Just as I am free to ignore it.”

“That’s what I thought you meant. Fine. Just try not to get us killed.”