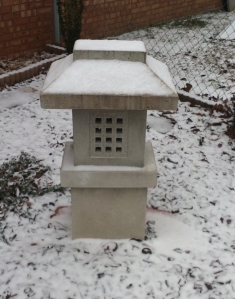 There was a time when I considered myself primarily a short story writer. I mean, other than the occasional review, that was mostly what I did and what I was, above all else and proud of it. This despite the fact that I had written over ten novels at the time, which of course I did not consider a contradiction. A story was a story, and some were longer than others. That was all there was to it, so far as I was concerned. However, I did have clear ideas about what was and was not a short story, none of which would fit into any academic definition. I knew one when I read one, contrariwise I knew when one wasn’t and tended to get a little miffed when I read a story in a magazine or collection, said story not living up to my own personal definition. “That’s not a short story, it’s an excerpt from a novel!” was my rallying cry.

So how did I know this? I didn’t, really. It was just something that seemed obvious to me. Someone clipped out a section of a novel, maybe smoothed the edges over a bit, emphasized the self-contained elements and downplayed those which implied matters outside itself in a cynical ploy to pick up a quick check and possibly some free advertising for the eventual book. Sometimes I’d give them a break because I knew the writer was primarily a novelist and probably couldn’t write a proper short story with a gun to their head. Ahem. As I said, it used to annoy me a little. I mean, if you’re in a short story market, write an actual short story, not this patchwork pretender!

While finishing up the credits page for that new book, I had to step through my bibliography and pull out my book-length projects in chronological order. Including the two novellas publishes as stand-alone limited editions and all the collections, it came out to thirteen:

The Ogre’s Wife
Hereafter, and After
Worshipping Small Gods
The Long Look
On the Banks of the River of Heaven
The Heavenly Fox
Spirits of Wood and Stone
Black Kath’s Daughter
The Blood Red Scarf
A Warrior of Dreams
Our Lady of 47 Ursae Majoris and Other Stories
Ghost Trouble: The Casefiles of Eli Mothersbaugh
The Ghost War

The new book makes it an even fourteen. Twice seven. I like that. Nice round number, that one. May it prove auspicious.