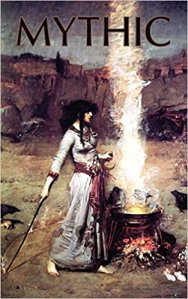 I’ve heard, and been told, that there was a time when all a writer had to do was write the next book. Sure, an occasional book-signing or convention appearance was a good thing, but otherwise marketing was handled by the publisher and we didn’t worry our pretty little heads about it.

I don’t think that was ever true, or at least not the extent of legend, except perhaps in one category. That is, if you were exclusively a short story writer, then all that mattered was getting the next story as good as you could make it and getting it out. You hoped, certainly, that enough readers would like your work to create a level of demand, maybe even for a collection every ten to twenty years. Marketing, on any real level, was out of your sphere. My first fifteen years or so as a writer  I spent solely on shorter works and in that mindset, which served well enough at the time.

These days, writing is only part of what you do. And if you self-publish in addition to whatever else you’re doing, it may not even be the biggest part. Mainline publishers either don’t do any marketing at all outside pitches to the distribution channels, or do it perfunctorily at best, so whichever route you’re taking, marketing and promotion is pretty much your responsibility.

My problem is that I suck at it. I’m trying to learn, don’t get me wrong, but it’s an uphill climb. It doesn’t come naturally to me and no matter how much my head knows the necessity, my heart is elsewhere. I don’t want to look at spreadsheets and numbers, and writing ad copy is not like writing a book or story, and even though one serves the other they are definitely not the same thing. A separate skill that has to be learned, along with SEO and things like “keyword relevancy.”

That “ivory tower” idea is looking better and better, even though it’s pretty much a legend too.