This is going to be a sort of general update post. It’s not that a lot is happening, but some things are happening, things that, for a change, don’t have a lot to do with the daily grind of getting all the things done that I have to get done before I can do the things that I wanted to do in the first place. If you understand that—and I’m betting that most of you do—you’ll get how even a few changes can nudge the needle past So? all the way to Hey! Worth Noting.

First of all, after floundering for a bit (okay, five months), I’m starting to make some headway on the sequel to Black Kath’s Daughter. I still have a long way to go, but forward motion, believe you me, is an improvement. And if everything works out the way I think it’s going to, I’ll finally make a proper connection between the Amaet who was the bane of Tymon’s existence in The Long Look with the Amaet who is the creator of The Arrow Path and the bane of Marta’s existence in Black Kath’s Daughter. And vice versa, truth be told. The working title is: Power’s Shadow. Subject to change, being a working title and all.

The Yamada novel (To Break the Demon Gate) is still on track at PS Publishing for release early next year. So is the Prime Books collection of Yamada stories, Yamada Monogatari: Demon Hunter. One interesting thing when working with a smaller publisher is that sometimes you actually have some input into the cover design. Not always, but sometimes. I found the image we used for the first mockup of the Yamada collection, but the consensus (and I agree with it) was that it was both too modern and too “horror.” Yes, there are demons in the Yamada stories (and ghosts, and youkai, and…well, lots of such things, and anyone who’s read them knows that already) and they can be dark at times, but definitely not horror, so that’s not going to work. We’re still looking for something with the right atmosphere, and finding just the perfect thing is going to be tricky. When the cover is set I’ll put it up here as soon as the publisher okays it.

A couple of final notes—“In the Palace of the Jade Lion” from Beneath Ceaseless Skies #100 got a Recommended from Rich Horton in the October  Locus Magazine. It’s not as if that’s the first time I’ve gotten one, but it’s always cool. And the most recent Yamada story, “Three Little Foxes,” is due to go live up at BCS in the next few days. I’ll post a link here when that happens.

I was never happy with the original cover of A Warrior of Dreams. It had the right surreal quality, but the presentation made it look a little too much like an afterlife fantasy, which it emphatically was not. So I’ve done…well, not tweaking. More of a makeover.

Edited to Add: As part of my general glee over fixing the cover, I should mention that the Kindle edition is available as a free download today and tomorrow only (2-13-2012 and 2-14-2012). There won’t be any more free promotions for this title, so now’s the time. 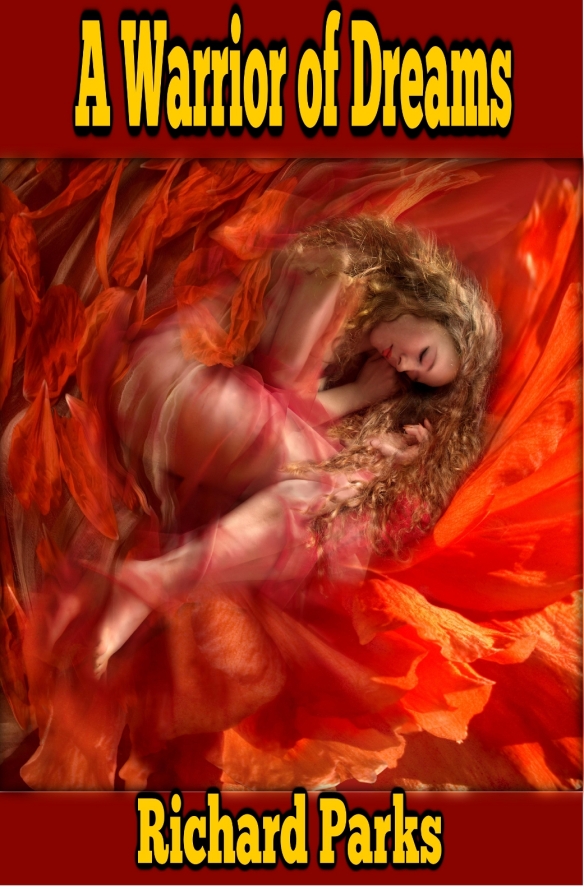